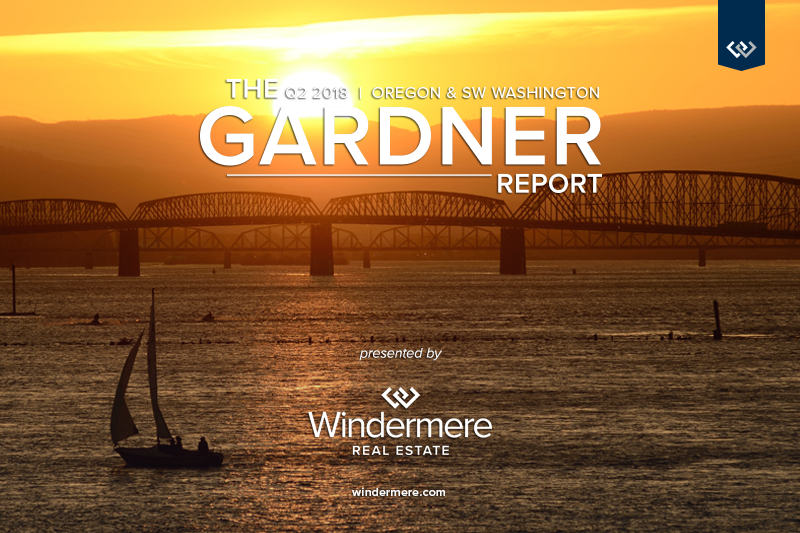 The following analysis of the Oregon and Southwest Washington real estate market is provided by Windermere Real Estate Chief Economist Matthew Gardner. We hope that this information may assist you with making better-informed real estate decisions. For further information about the housing market in your area, please don’t hesitate to contact your Windermere agent.

The State of Oregon has added 30,400 new jobs over the past 12 months, representing a reasonable annual growth rate of 1.6%. It is clear, however, that job growth in Oregon has started to taper, with the annual rate dropping below 2% in the early spring of this year. This is no great cause for concern as the state has essentially reached full employment, which tends to slow employment growth.

The Southwest Washington market area added 5,580 new jobs over the past 12 months, representing an annual growth rate of 2.7%.

Housing markets throughout Oregon and Southwest Washington continue to benefit greatly from the healthy regional economy. Home sales remain solid; however, we are seeing some slowdown in prices, which I consider to be positive as affordability issues could start to taper. That said, housing inventory is still well below balanced-market levels. Sellers remain in the driver’s seat, but I am hopeful that inventory levels will start to increase, which will be a relief to home buyers. Because of this, the needle remains the same as last quarter.

Matthew Gardner is the Chief Economist for Windermere Real Estate, specializing in residentialmarket analysis, commercial/industrial market analysis, financial analysis, and land use and regional economics. He is the former Principal of Gardner Economics and has more than 30 years of professional experience both in the U.S. and U.K.