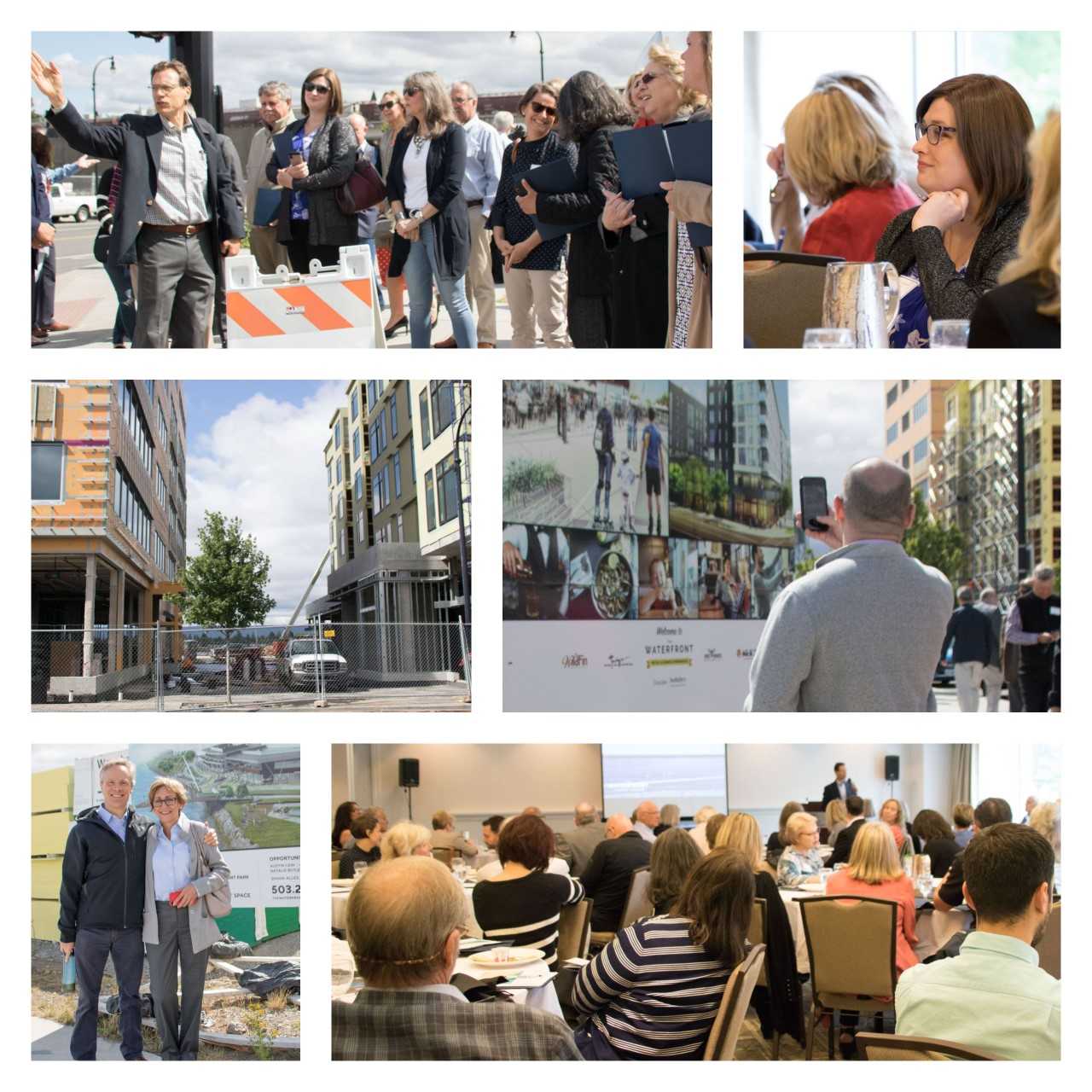 Posted on July 6, 2018by windermereservices

No one has ever accused Windermere agents of being out of the loop. Last week’s Premier Breakfast presentation is a good example as to why. The event featured Matt Grady, Vice President-Director of Development for Gramor Development, the company that is the driving force behind Vancouver, Washington’s largest commercial, urban development to date, valued at more than $1.5 billion.

Before getting a glimpse of the property, we learned about the project’s challenging history. Matt joked that his team had to perform various “acts of craziness” in order to get the project off the ground. Without roads and with an active railway standing in the way, you couldn’t physically access the land, which delayed construction for at least 3 years.

However, nearly 32 acres and 20 city blocks of available property was eventually reclaimed. It is being transformed into a mix of retail, living and green spaces featuring 3,300 housing units, 10 park acres, 1.25 million feet of office space and 250,000 square feet of retail and hospitality space.

Matt speculated that half of the residential units being built will be condominiums, with two luxury condominium towers underway. Most likely be priced in the 1 – 3 million dollar range, the units will probably start at an average of $800 per square-foot, moving upwards to $1,000 per square-foot. More than 1,000 people have registered online showing their interest in purchasing a condominium. The first of the condominiums, 40 units within the “Residences at Kirkland Tower,” will be marketed in roughly 14 months.

Living spaces aside, the entire property is a homage to the Pacific Northwest outdoor way of life. “No project is complete without having a park,” Matt said of the picnic and sandy beach areas, trails and water features that will be highlighted throughout the project. But the triangular Grant Street Pier, dramatically jutting over the Columbia River, will be the showstopper. This project will undoubtedly succeed in meeting its tagline of being “where the city meets the river.”